If you’re ever looking to step back in time, but don’t want to leave New York, well I’ve got the perfect solution: the Washington Mews. It’s only a short block between 5th Avenue and University Place, but this tiny street has more adorable houses than I’ve seen in all of Soho.
I guess it’s almost a regular trend on this blog for me to report at least a little history on the space I’m talking about, so here it is: the Washington Mews were built in the 1700s with the good intentions to house retired sailors, unfortunately the buildings were never actually used for this purpose. Upon the original owner’s death, the buildings were rented out for capital to later finance a housing complex on Staten Island.

Currently NYU college holds the lease for most of these buildings and uses it today for faculty housing and offices. This block is actually a private street, but the gates are left open during the day for tourists and  those who happen to wander in. 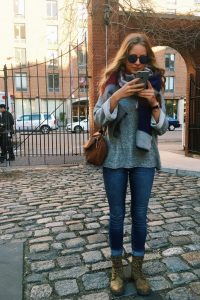 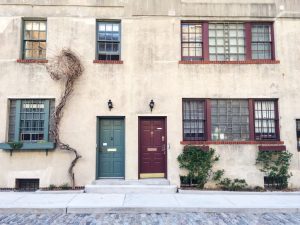 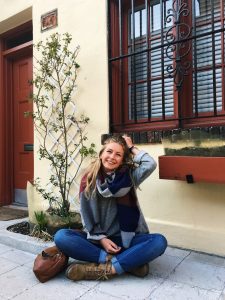 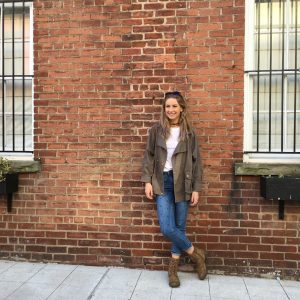 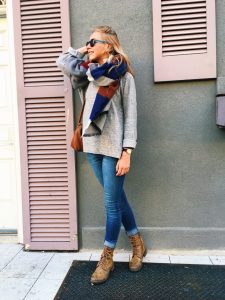 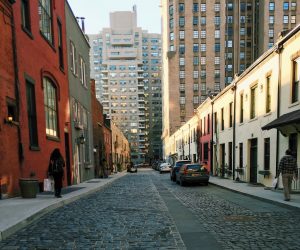 It’s a little hidden, but it’s only a block away from the arch at Washington Square Park. Click on the location underneath and Google Maps will lead you right to it.
At any given time, there’s bound to be someone having a photo shoot there.  The street is made up of all different color buildings to take great photos in front of, in fact I would love to do a monochrome photo shoot in front of one at least one of these colored buildings. Don’t forget you can click on the pictures above if you want to see a larger version. Comment below if you get to visit and let me know what kind of pictures you get to take!
P.S. as you may have been able to tell by the change of outfit, one of these pictures was shot on a different day, but all pictures on this post except for the two architectural shots were taken by Anthony Alvarez.